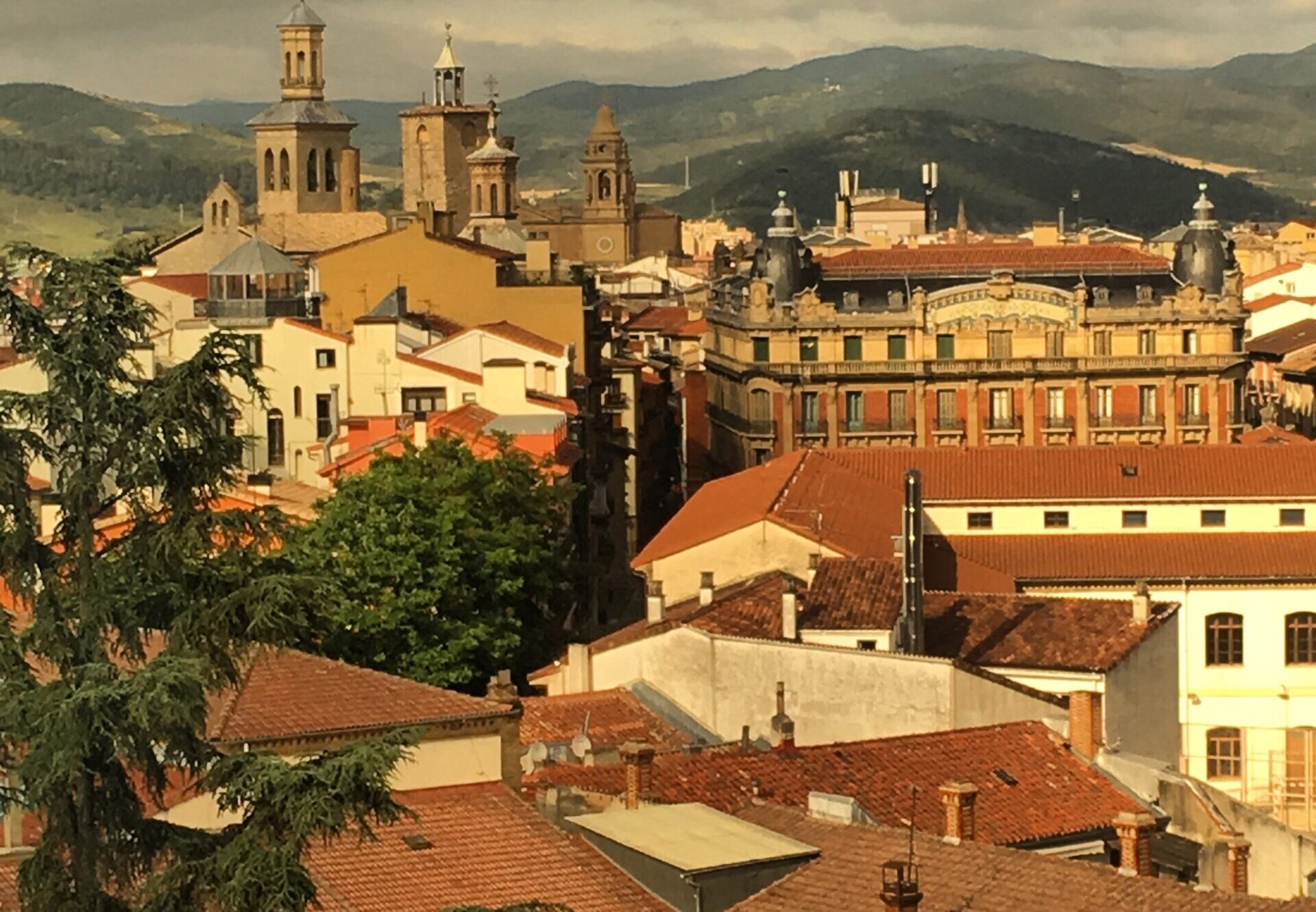 Our journey is taking us to Spain. We decided to start in San Fermin with the annual La Feria Del Toro, or running of the bulls, in the city of Pamplona. Festivities are held from July 7 to the 14 each year.

It is said that over a million people come down into this little town. I can believe it.

This tradition started in the 14th century when cattle merchants come into town with their animals, and that is when bullfighting came to be organized.

To facilitate things, the religious ceremonies honoring Saint Fermin was moved from October to July to take place at the same time.

Opening speech, musicians, tournaments, theater, bullfights dances and even fireworks all started during the medieval times. The bull running came along around the 17th century.

During the olden day’s young men would save all their monies throughout the year and looked forward to watch the running of the bull, having a snack and wine, and eat churros with brandy a couple of times each San Fermin day.

The festival start with the official gathering in the main plaza, where the city officials give their blessing at noon. Everyone is dressed in white pants and white shirt, with a red waist sash and a red bandana. At noon all he bandanas are held up high over everyone head and shaken. I must see sight. Red all over. Fireworks, confetti’s, loud chants and the holiday is officially on her way.

In the early part of the afternoon, the 15th century statue of Saint Fermin is accompanied through the old part of Pamplona by thousands.

The first city bull run is always on the second day, where thousand upon thousand will run in front, with, alongside, or just run to get into the arena, where six bulls and six steer are lead into. The event starts at eight in the morning sharp.

Every afternoon corridas takes place with the six bulls that have been driven to the bullring during the morning bull running.

Now, this is not for the faint of heart. There is such an art to the corridas which is hard to explain. However, what always fascinates me is how the locals celebrate the corridas by drinking champagne and eating small sandwiches.

On a side note, Ernest Hemingway’s book, The Sun Also Rises and the reports that he made as a journalist, brought worldwide attention to this place.

Here are some pictures from yesterday events. 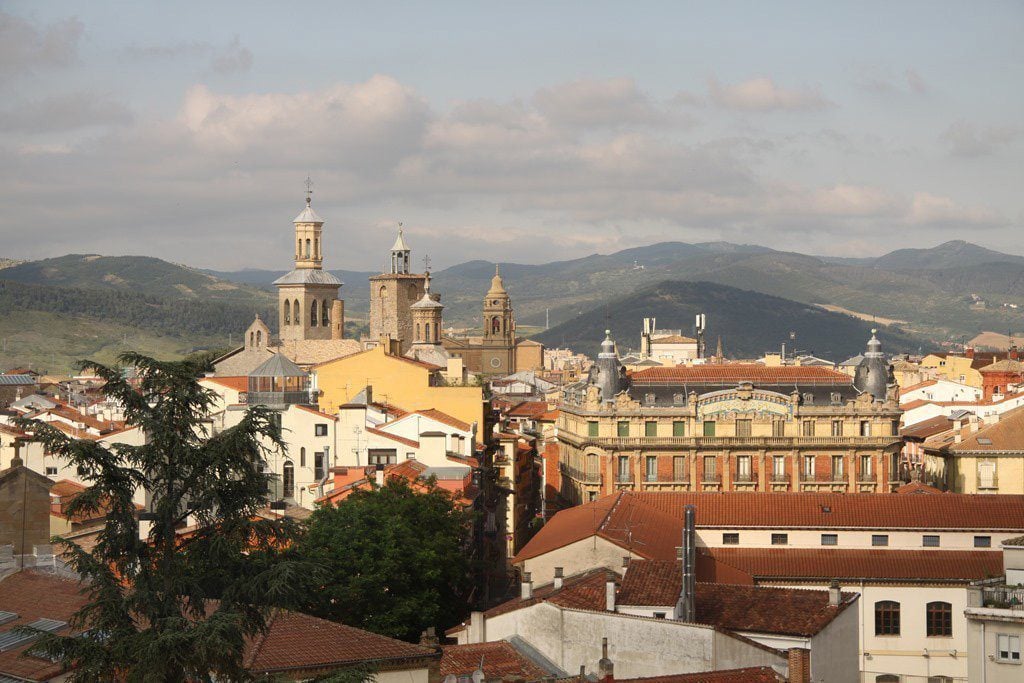 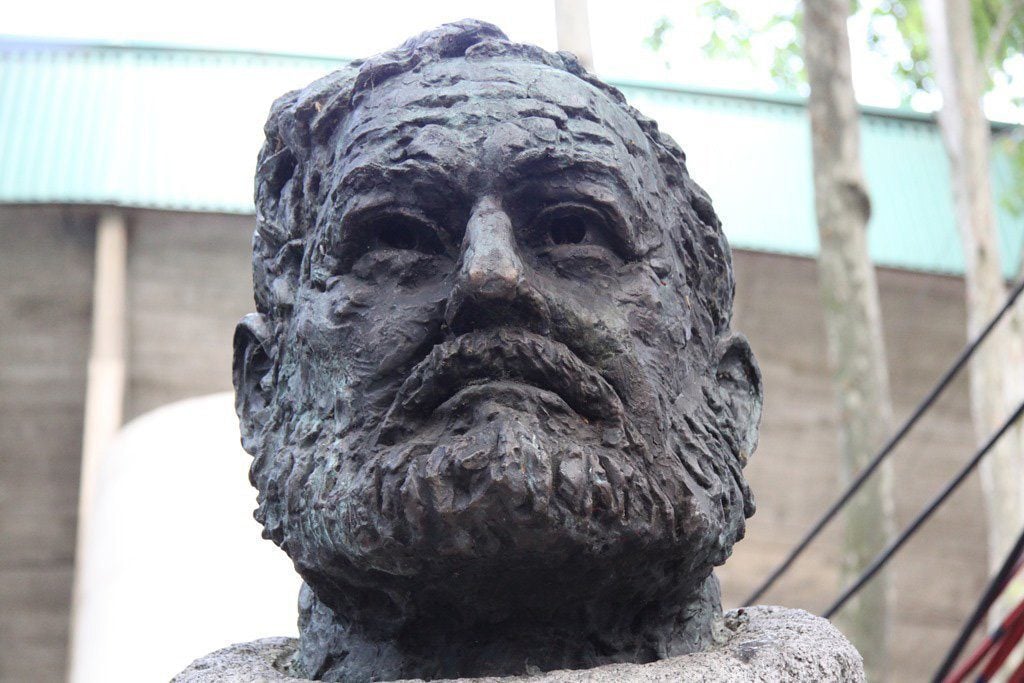 Everyone waiting for noon 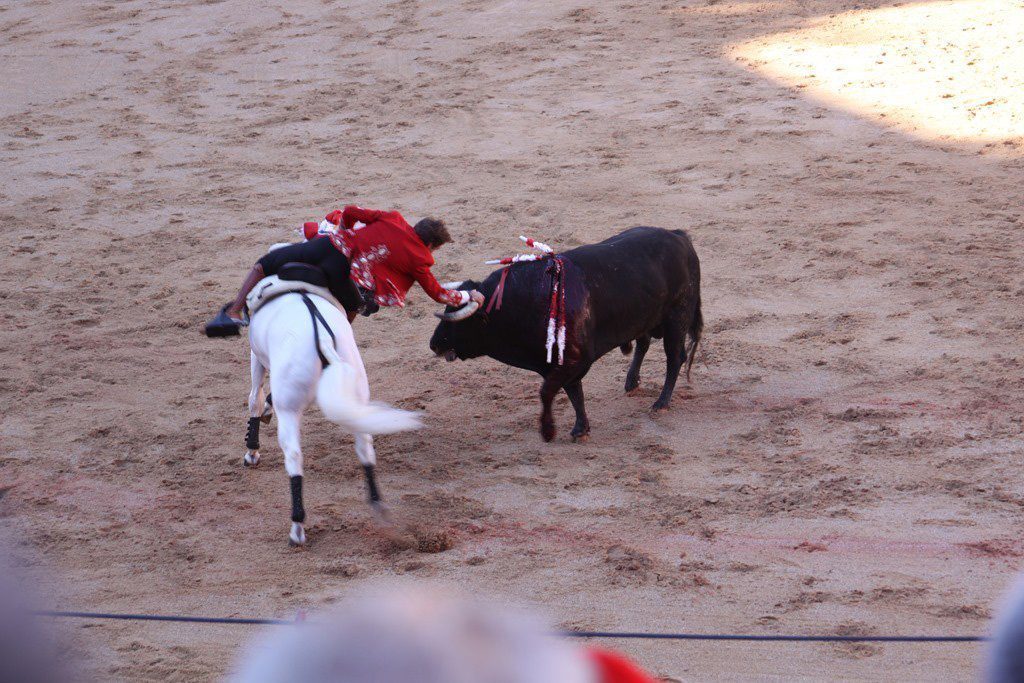 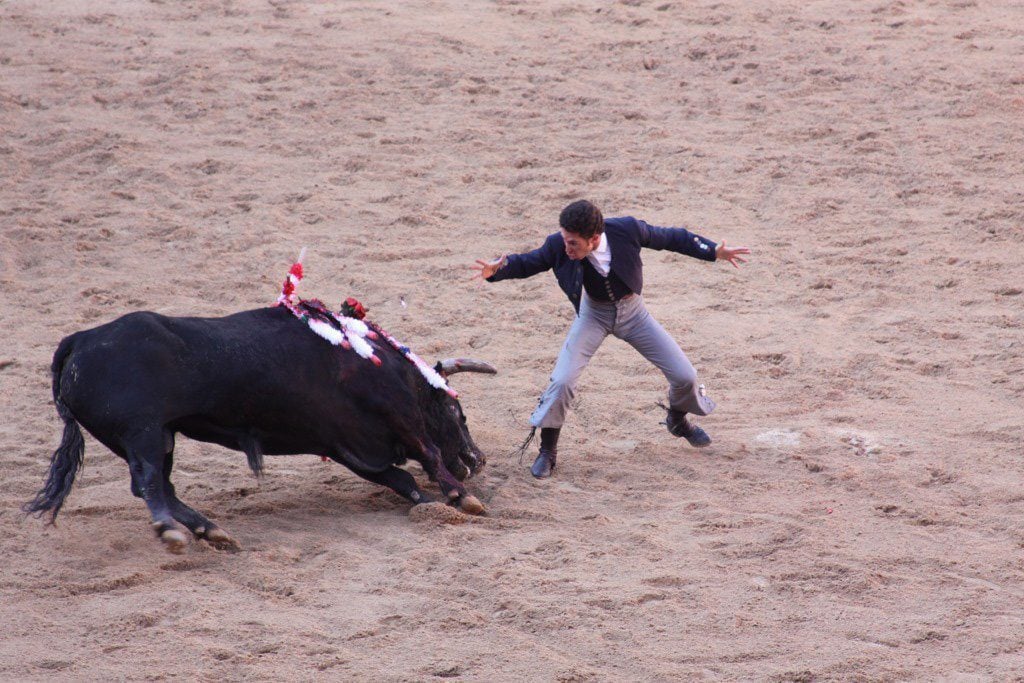 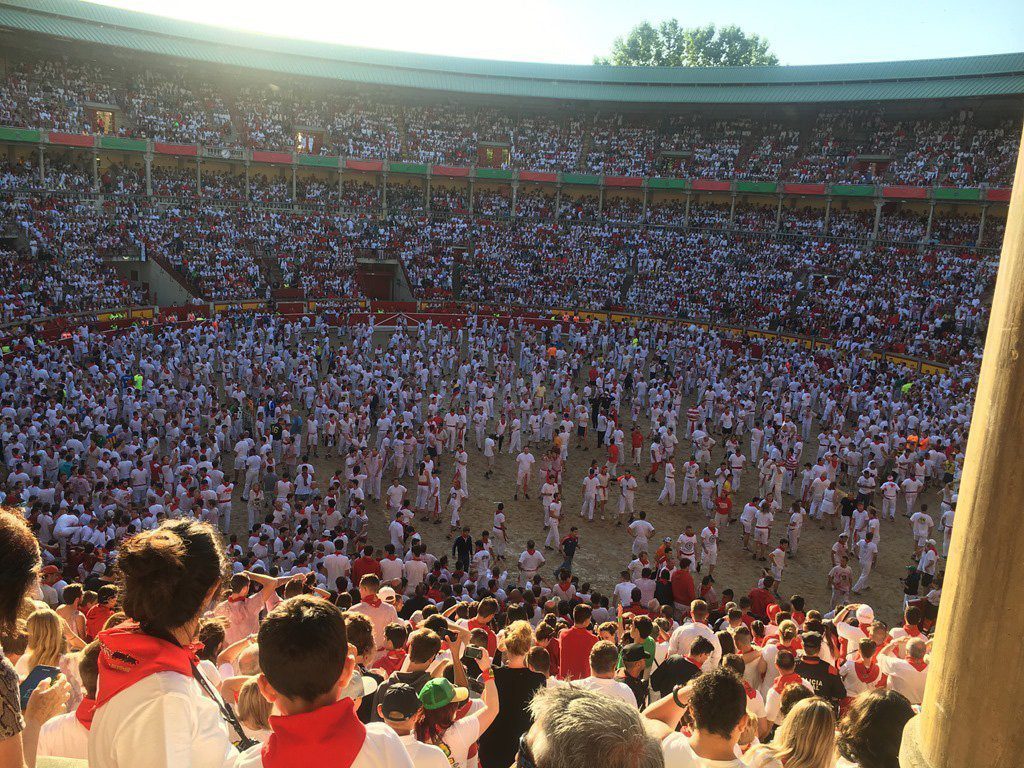 The runners all in from running 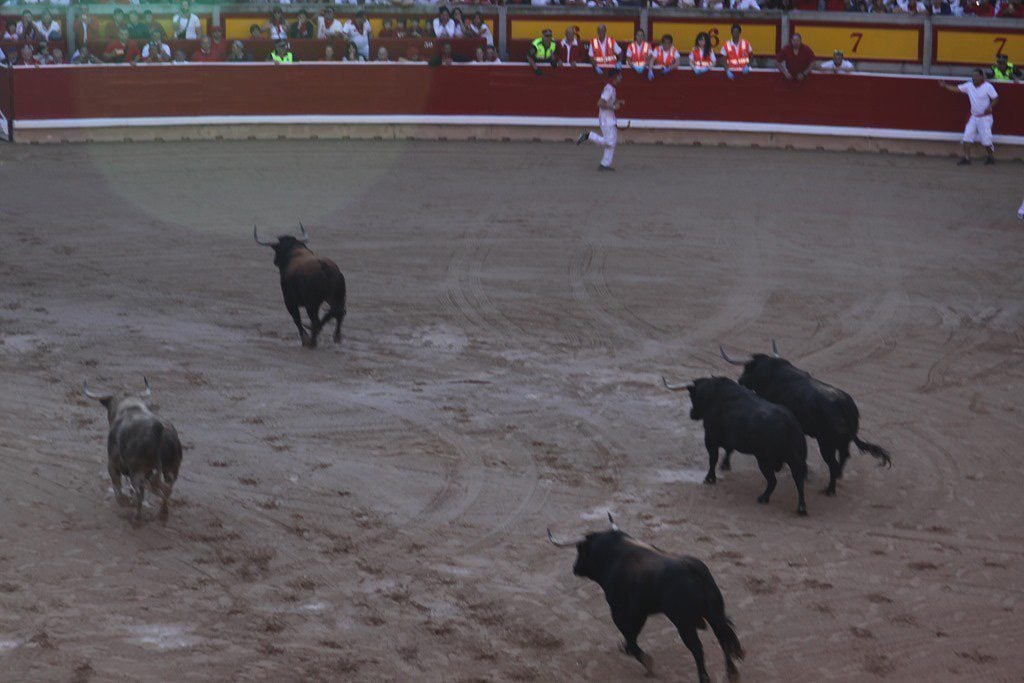 Bulls in the arena 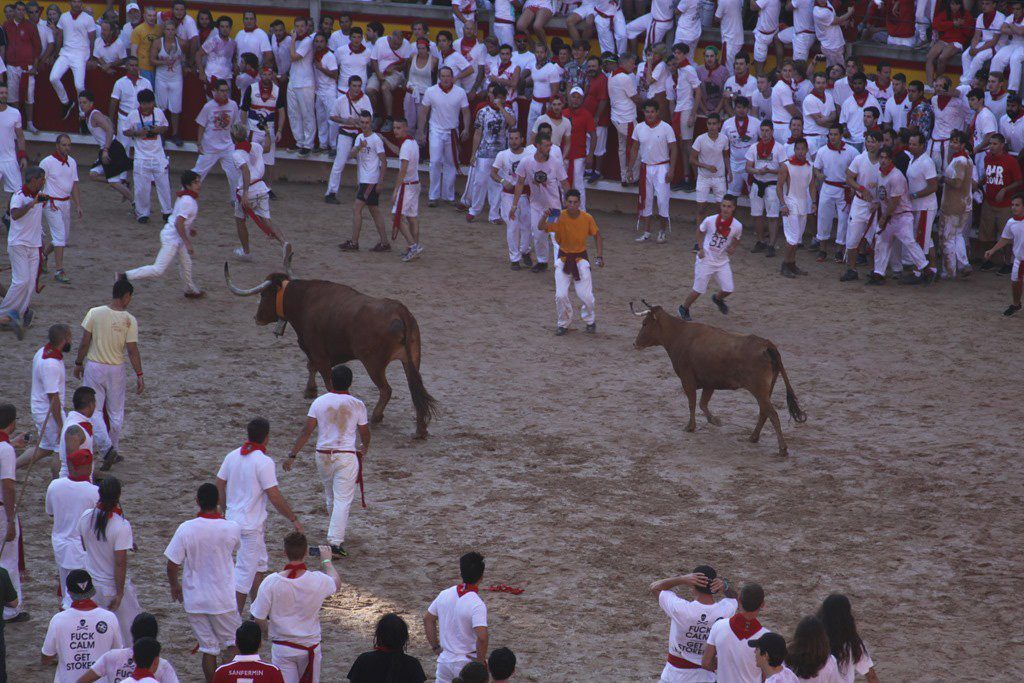 The steer comes in the arena to bring the young bull in the pit.