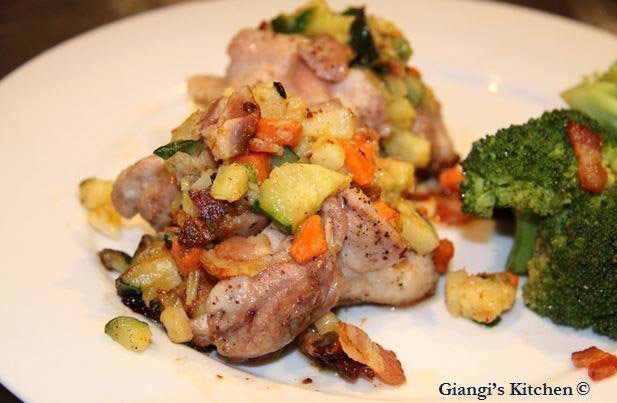 Throughout the years I have enjoyed so many cookbooks, cooking shows as well as cooking magazines.  I remember the first time I was given my very first cooking magazine.  It was “Bon Appetit” March 1983 publication.  I still have that magazine, as well as every months of publication thereafter. So excited around the 18th of the month when the next month edition gets delivered to my mail box.  I do still receive Bon Appetit, and I have added a couple of cooking  friends along the way.

“Gourmet” was my all time favorite.  I loved the magazine and was very sadden when it stopped being published. I  miss it the most around the Holiday Season because, in my humble opinion, had the best recipes for a full on Thanksgiving meal and Christmas.
“Saveur” Love it as I can eat and travel vicariously through it.
“ La Cucina Italiana” brings me back to my youth years spending time and enjoying great food around our table with my family.
“ Fine Cooking” is a gem on giving great details and easy tips from the new to the seasoned cook.
“Food and Wine” because it is has a bit of all  the above magazines combined.

All those great magazines have two simple rules in mind when a recipe is chosen. Rule number one: Read the whole recipe once before starting to cook.

Rule number two:  prepare all the ingredients before hands to cut time as well as to give your full concentration to the task at hand.

After all those years of following those very basic rules and cooking, you would think that I would have those rules packed down as an automatic, right??? Well… obviously I did not… Tonight was a good example of that.

As I am staring at this recipe in the “Larousse Gastronomique” I decided to start cooking without bothering reading the very fine prints.  If any of you have that book, you know what I mean by fine prints.  Even my reading glasses are challenged by it.

The recipe required calved sweetbreads to make one part a  sauce, the other part to be put inside the chicken as stuffing.  I did not have calves sweetbreads in hand. What a shock!!  What to do??? I was not going to the store now,  way too late and homework was so fully on his way that stopping it to go to the store would have been  a disaster in the making.  All of you parents know exactly what I am referring to.

Therefore this is my very own version of stuffed chicken with Broccolis.  It was good.  I still want to make the recipe from The Larousse but it may have to wait until I stumble upon sweetbreads…

PS: I also did not have any shallots or onion… I had to improvise.

TIP:  Make sure the chicken is free of any fats, and the bacon is as lean as possible.  If you feel there is too much fat rendering, do not hesitate to remove it.  I did exactly that with this recipe.

4 chicken tights, skin on, no bone in. (chicken breasts may be used also)

Meanwhile in a large skillet over medium heat, add the butter, bacon and scallions. Sautee until the bacon bits is nicely cooked. Remove any extra fat rendered from the bacon. Reserve a small handful of bacon and green onion mixture to use with the broccolis. Add the zucchini, carrots and parsnips to the skillet and mix well. Season to taste with salt and pepper.

Open wide the chicken tights and clean them of any fat. Add in the center 1 tablespoon of mixture and roll to form a cylinder. Use a toothpick or cooking string to tie together. In a large oven proof skillet add some butter or oil and sear the stuffed chicken tights.

When the outside skin is nicely browned, place the whole pan in the oven to allow the center of the chicken to cook nicely. Around 15 to 20 minutes.

Meanwhile steam the broccolis. When broccolis are cooked but still crisp, sauté with bacon scallions mixture for a minute or so.

Put each chicken roll in a plate and serve with the broccolis.