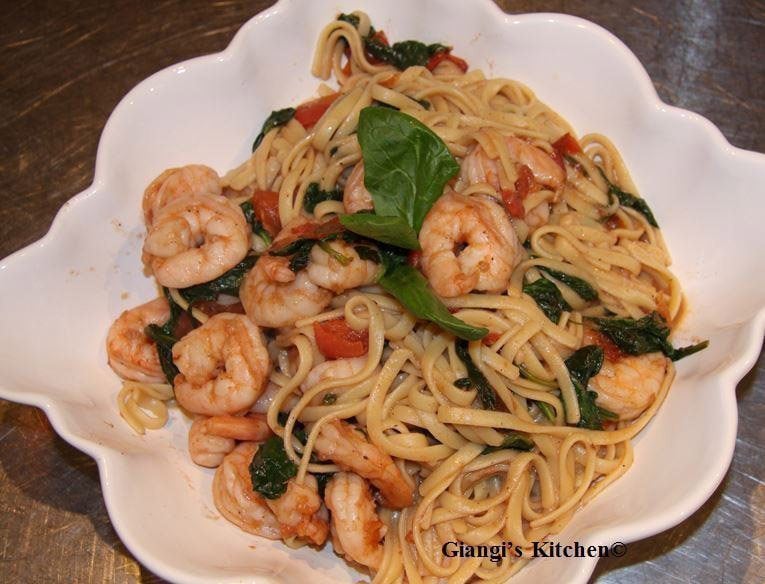 It feels as we are on a fish cooking series, but I had a request from my son therefore I could not say no to it.  As I had prawns in the freezer, fresh tomatoes and spinach in the refrigerator, dinner was ready rather quickly.
As I was creating the recipe as I was going along, I did not use any garlic for us, but I am sure it will give it a nice flavor to it.  If you want to spice up things, adding a few shakes of crushed chili peppers will shake things up a bit.
I had no idea what to expect , but I have to admit the juice  and with the wine it gave such a great flavor to the prawns. Mixing the past in the skillet, allowed the pasta to absorb all the juice and enrich itself with flavor.

If you liked my recipe, you’re sure to love these useful products and related dishes.