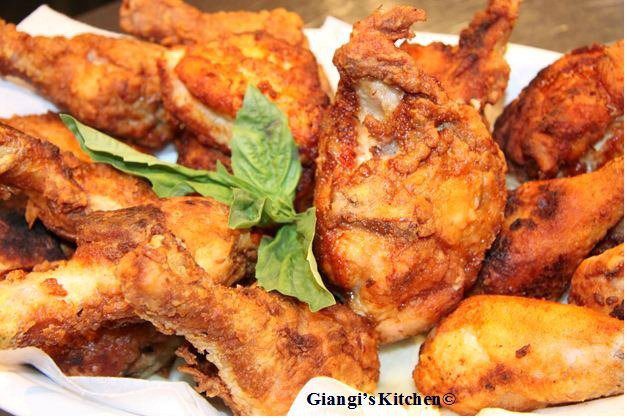 Fried chicken!! Yesterday we were in the mood for fried chicken. I know, I know… I never prepared it and seldom we fry food in my house.  Last night was a fun experience.

Chicken on hand, the search for the perfect recipe began. In my never ending drawer of recipes I found an old family recipe handed down to us.  Perfect!! Just for fun, I decided to look for one with buttermilk. Found a few too many so I decided to incorporate all of them together and prepared my own version of buttermilk fried chicken.

As I am reading thru the family recipe “ Southern Fried Chicken” I realized that I needed  shortening, more specifically Crisco.  Ok!!! Well!!! that is a curve ball sent my way. I never used Crisco even less know what it looks like.  To the supermarket I went, looked for it and purchased my first tin cup ever. The preparation of the recipe was as simple as 1-2-3.

The “Buttermilk Skillet Fried Chicken” was easy to put together.

Now to the frying pans.  Having so much chicken to cook and having a Wolfe six burners, I decided that instead of cooking the chicken in batches, I used my large skillets and cook all the chicken at once. Everyone out of my kitchen, the cooking started.
By using three different pans, I have to say, it was an eye opener on how so much different skillets cooks.  I prefer de Buyer over Lodge or Lincoln for cooking fried food. Better heat distribution, cooked more evenly, took less time, less burning.

Seeing that we were in a Southern kind of mood, I decided to prepare  some creamed corn with bell pepper as a side dish.  Green salad a must.
Decision .. decision.. which chicken we liked best? Both I must say.

TIP:  Please keep children’s out of the kitchen, use a splatter guard for the cooking, and never take your eyes off the pans. Turning the chicken with the thongs gives you a distance from the pan and less of risk of burning by splatter.
Giangi
Tonight’s June 28, 2012 dinner:
Southern Fried Chicken
Buttermilk Skillet Fried Chicken
Creamed Corn and Red Bell Peppers
Green Salad with Vinaigrette 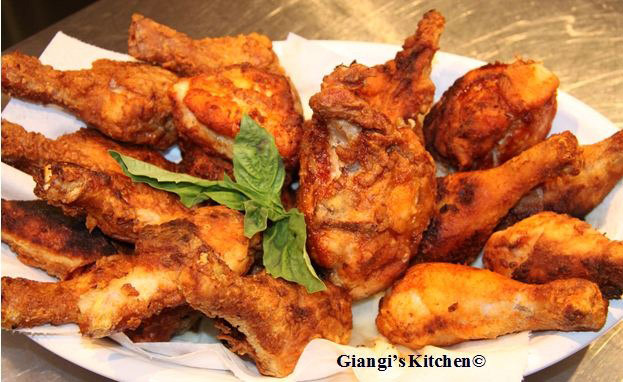 Salt and pepper the chicken pieces well. In a paper or plastic bag put enough flour to coat the chicken. Place 2-3 pieces at the time and shake the bag well until all the chicken is well coated

Lay the chicken on paper towel

In a large cast iron skillet over high heat place the shortening. Shortening should be ½ inch deep. When heated but not smoking put the chicken in and brown well on all sides. Lower the heat and simmer for about 10 minutes. 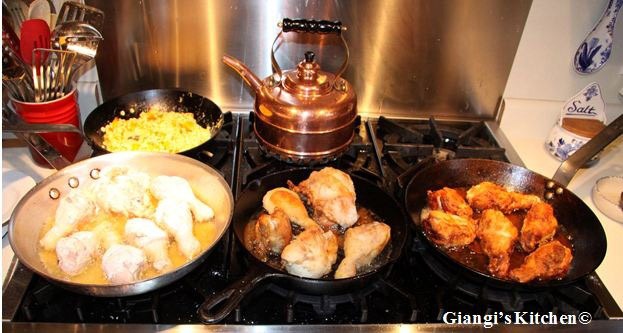 In a medium bowl whisk the buttermilk, egg and ½ cup of water.

Dip chicken in buttermilk then on flour mixture.  shaking off any excess flour.

In a large heavy bottom skillet heat the oil to a depth of ¾”. When oil is hot but not burning add the chicken to the skillet making sure that it is not crowding the pan. Fry chicken turning with thongs so it brown evenly. About 10 to 13 minutes.

When the chicken is done place on a paper plate and serve immediately. 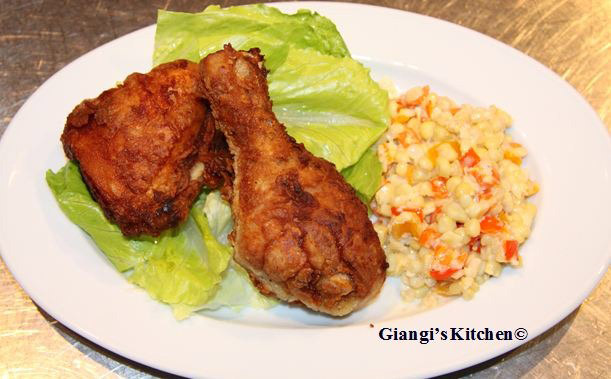 In a heavy skillet cook the corn in the oil over moderately high heat, stirring for 5 minutes.

Add the bell pepper, and cook the mixture, stirring, for 3 to 4 minute more, or until the vegetables are tender.

Add the cream and salt and pepper to taste and simmer the mixture until the cream is almost evaporated. 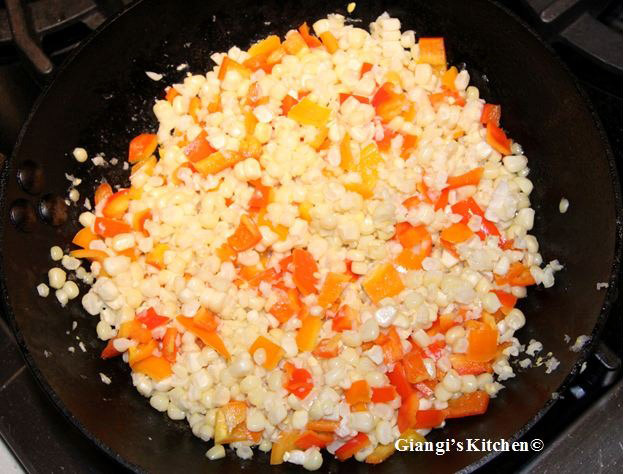