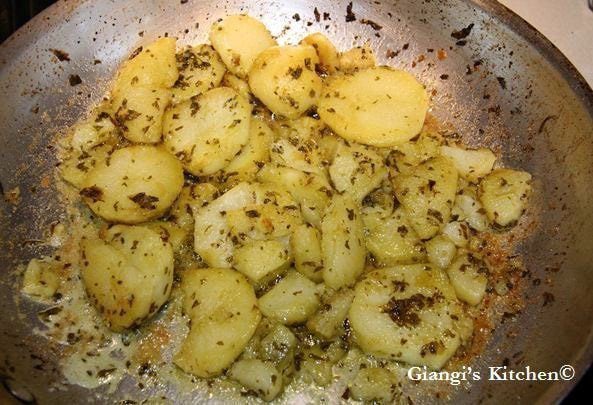 School is finally in session and life is starting to go back to a normal routine. My son was so excited to meet all of his school mates and his new teacher, that on the first day we had to be at school at 7:20 am and as soon as we crossed the school threshold he was gone with the wind. I was thrilled to see his excitement as he enter his class room and saw his name on his desk.
With back to school comes back to faster dinner time.

Pork Tenderloin is a versatile, tasty, extremely easy to prepare and so much fun to cook. Not only you can prepare it as it, or sliced thin for some tasty cutlets, but you can prepare any sauce on the side , and you will have a new dish.

I always remove the thin membrane around the pork tenderloin as well as some of the fat tissues.  The more it is trimmed the less fat it will render. Patting the pork with a paper towel will fasten the cooking process. Also always have your meats at room temperature, it will cook faster and more even.

After days of pasta I had to have potatoes. I took my favorite recipe and decided to infuse the butter with lemon and parsley. We loved the gentle flavor that the lemon gave the potatoes.
By par boiling the potatoes, not only the acidity of the potatoes is removed, but it as well cut the cooking time of the potatoes in half.
The remaining butter can be frozen and reused at another time.
The pan seared pork loin was finished in the oven for 10 minutes to insure that it was completely cooked throughout, yet leaving the inside nice and moist.
Bon Appetit!

PS: Do not forget to check out this week special with Cook, Coupon, Work, thank you. 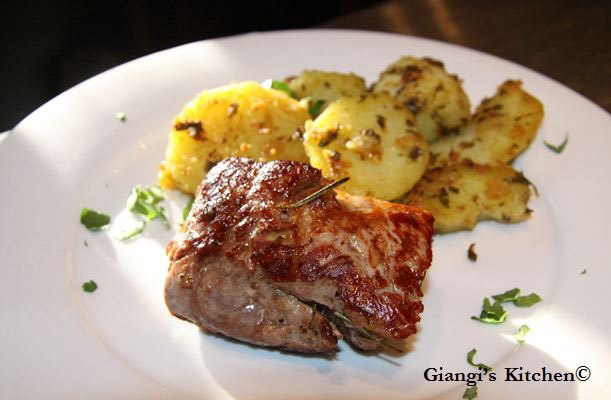 2 – 1 pound each pork tenderloin, cut in half and all fat and filaments removed

A dash of Herbs de Province

Fresh thyme, Rosemary, or any fresh herbs you may have in hand

Clean the tenderloins well and dry them. Season with salt and pepper. In a large skillet over high heat, add the olive oil. When the oil is hot but not smoking add the tenderloins half, add all the herbs and cook well all sides.

Place in a hot oven and cook for another 5 to 10 minutes.

When done, remove from heat and let rest. Slice the pork into slices. 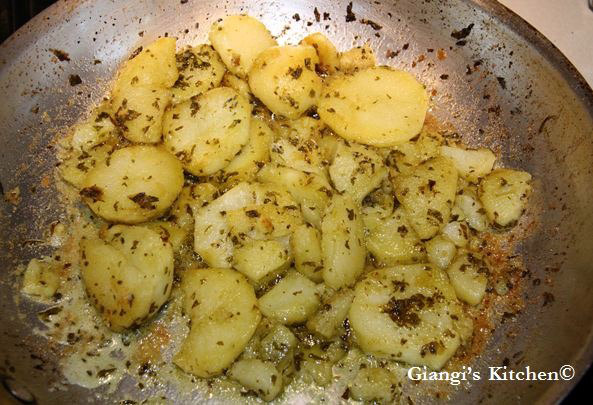 In a large pot place the rounds sliced of potatoes and covers with water and add salt to it. Boil until the potatoes are tender but not falling apart. Drain and set aside.

Meanwhile blend together the softened butter, lemon juice and parsley.

In a large skillet add the olive oil and 2 tablespoons of the parsley butter. When the butter has melted adds it to the potatoes, over medium high heat, and cook the potatoes until golden.