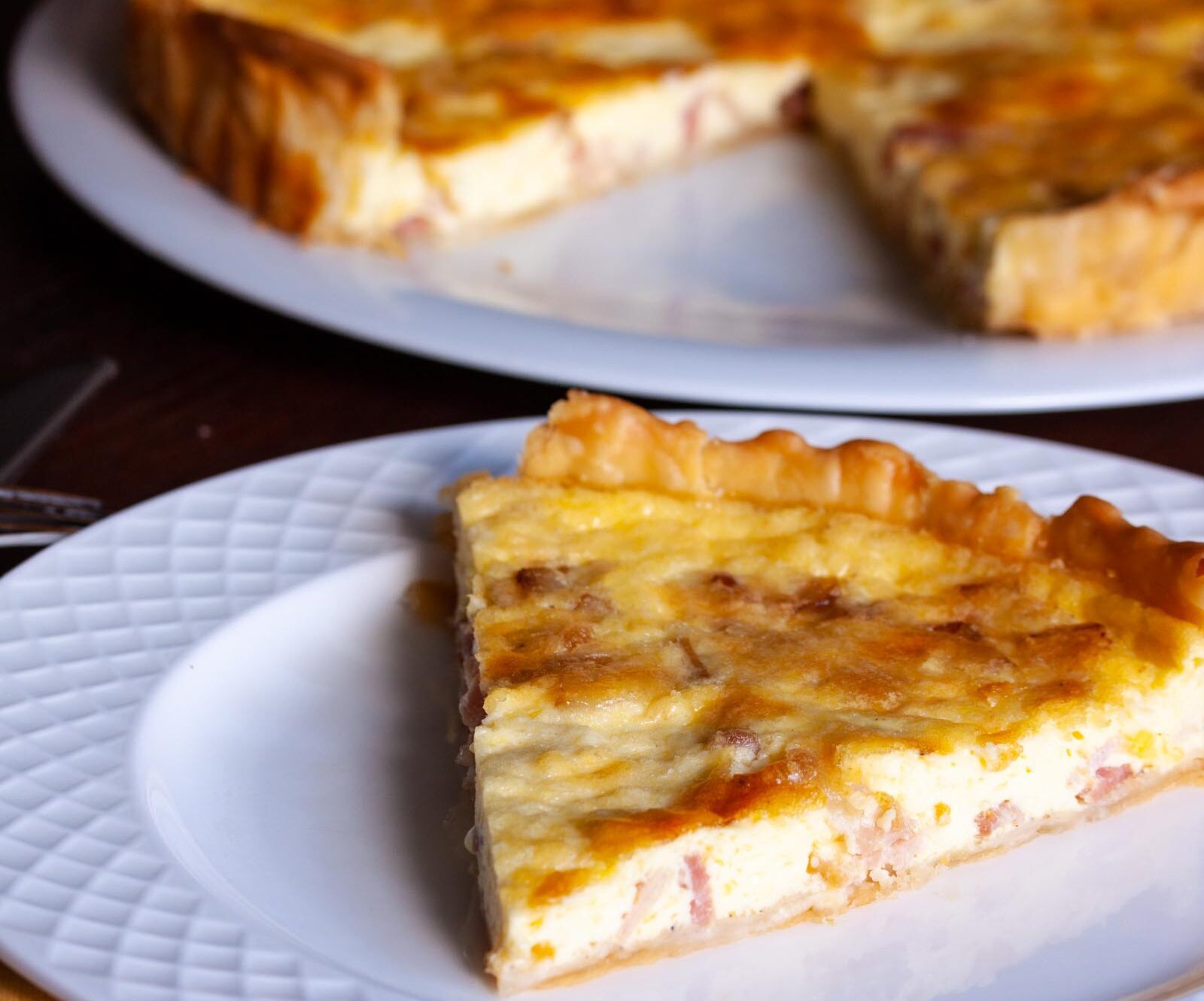 Skip To The Recipe

The origination of the Quiche Lorraine can be traced back to the 16th century.  The word quiche comes from German Kuchen which can refer to a pie, tart as well as simple cake.  Traditionally from northeastern France and southern Germany, depending who was in power at that moment in history, thus the German name. Today is it considered a French classic dish which is widely enjoyed all over the world.

I have been making quiche Lorraine for ever and a day, however never shared it with the world.  First thing first, searching for my recipe, which was no where to be found.  I decided to consult my French cookbooks. To my dismay and shock no cheese on site in within the recipe.  Six cookbooks, speaking to my dear French friend and her consulting her two cookbooks later, it was confirmed that I have been making it wrong all those years. Oops!!

Making it without cheese was a bit odd I must admit. My instinct wanted to add all that great cheese in it. However, as soon as I enjoyed the first bite, I was transported back home, Paris. My memory buds concurred, and yes, there is not cheese on the quiche.

TIP:  Do blanch the bacon. It will remove the extra fat as well as the saltiness from it. Sautéing for a few seconds on butter, will bring out the flavor of the bacon which is what you want with this dish.

If you liked my recipe, you’re sure to love these useful products and related dishes.